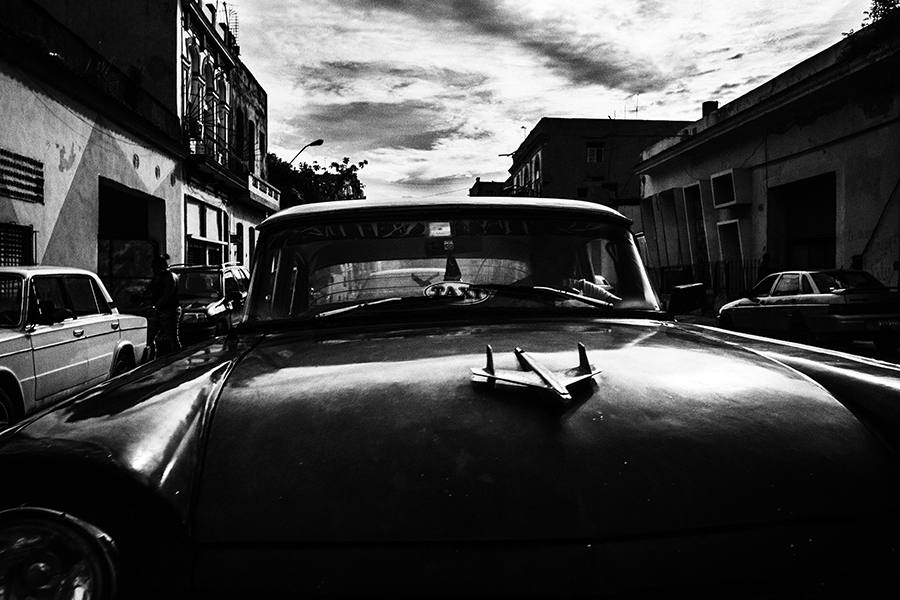 フォトグラファーが思い出の写真から、
その裏側にある物語をたどるフォトエッセイ。
シャッターを押した瞬間の時間と空間がフォトエッセイとしてよみがえる。
今回は、中悠紀のキューバへの旅。
A photo essay in which a photographer traces the story behind memorable photos.
The time and space of the moment
when the photographer pressed the shutter of his camera
come back to life as a photo essay.
This time : Yuki Naka’s trip to Cuba. 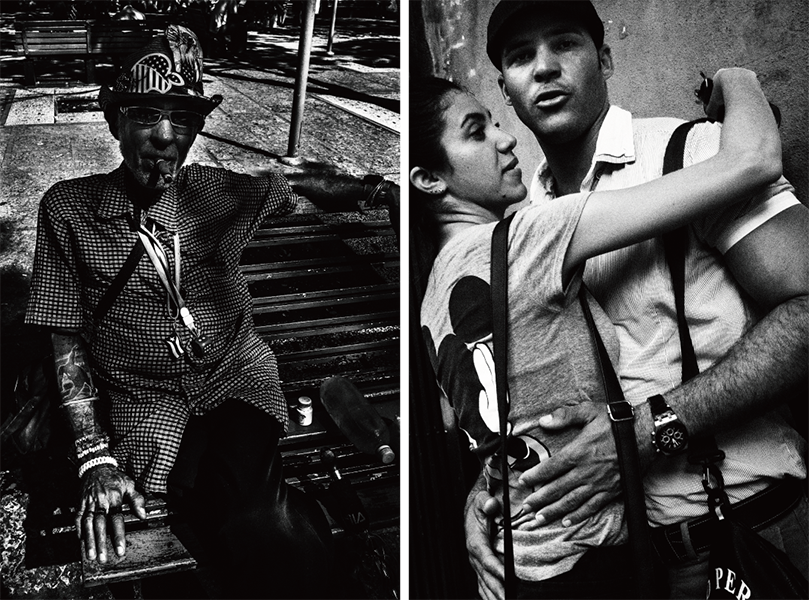 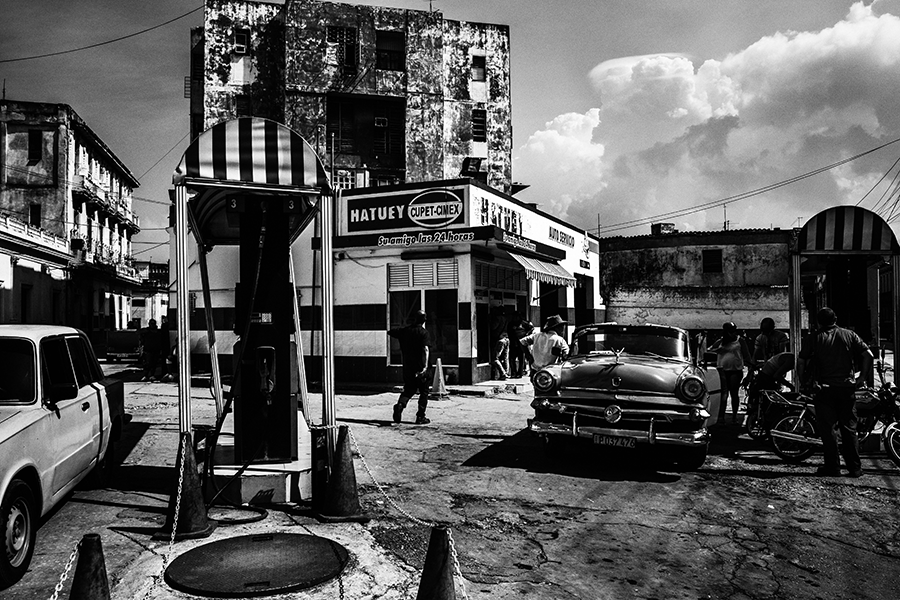 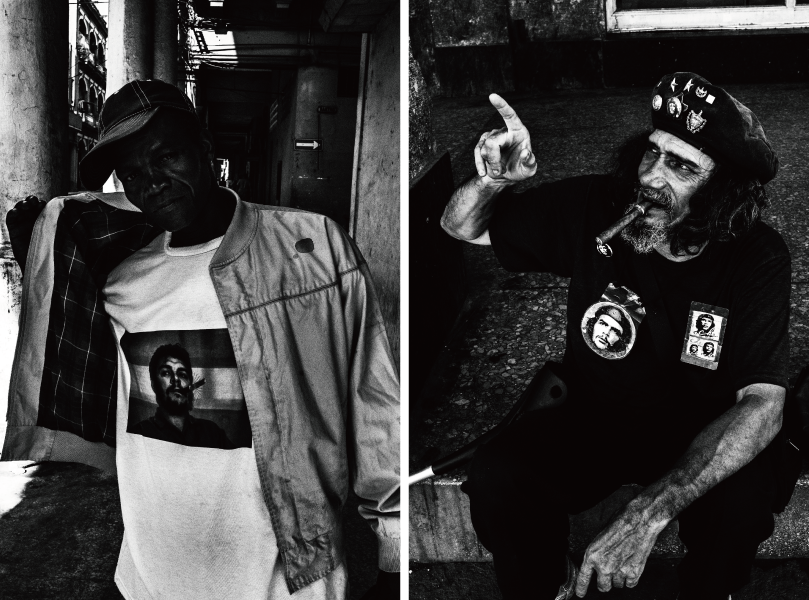 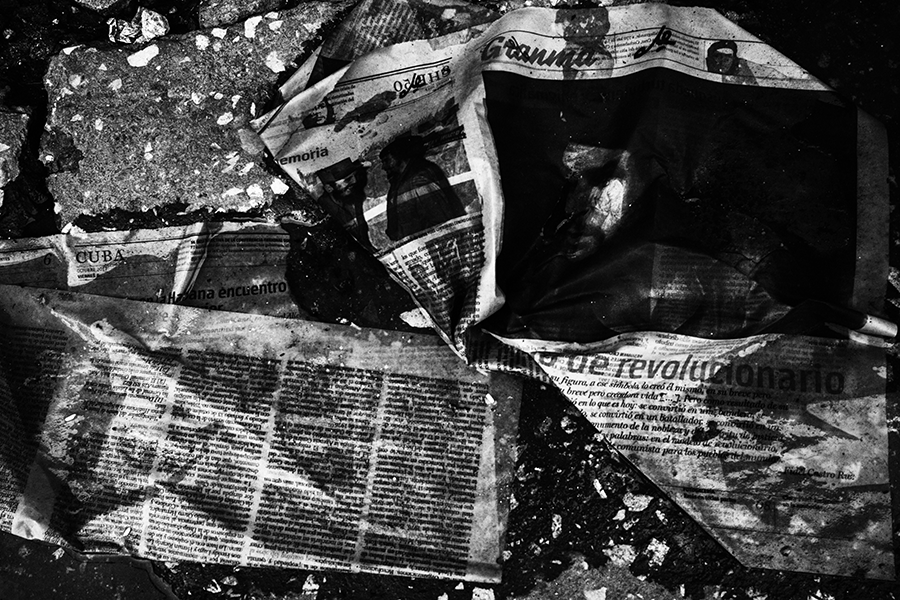 When I got off the plane at the airport, an unusual heat clung to my body. Although I was exhausted after an 18-hour flight from Tokyo, I remember that I got so excited when I was surrounded by that heat. October in 2017. It was already the end of summer, and cool breezes were starting to blow in Japan, but that was not the case in Cuba. It was a bit sweaty even though we arrived late at night. Perhaps my body wrapped in early autumn clothes reacted to that heat because I got accustomed to the comfortable air conditioning on the plane and at the airport. There were many taxis parked in front of the airport. I followed the example of the previous person and negotiated the price to my destination in poor English. Someone told me that the fare from the airport to the capital was about 3,000 yen, but the taxi driver gave me a slightly lower price, perhaps as a result of my negotiation. The taxi driver, a stout Spanish type, smiled and said, “Welcome to Cuba!” I was finally able to visit here! The driver also told me, “Take off your jacket, it's hot, isn't it? Cuba is a hot country. Let's have fun!” Unlike others, I was wearing warm clothes in a country without winter. He started to play music. It was not the Cuban music I usually listen to in Japan, but music with a hip-hop flavor. Listening to the delightful music, I looked out the window. In the dark, buildings dotting the street between the faintly visible palm trees and the inadequate streetlights flowed like a slideshow. The buildings gradually changed in appearance as we approached the urban area of Havana. I felt as if I were diving through a stratum of history. Soon after, I arrived at the inn. The host welcomed me with a smile even though it was late. "We've been waiting for you. You must be tired. Come on! I'll show you around.” I guessed he said something like that in Spanish, and I went into the inn after I thanked the taxi driver. It was late at night, so I checked in quickly, and lay down on a not-so-comfortable bed. I felt indescribable in the dimly lit room, a mixture of fatigue from the long trip and excitement from being in a foreign country. I close my eyes, intoxicated by such a feeling. The next day, I would start shooting.

Cuba is probably the most photographer-friendly country in the world. The people with enthusiasm, their positive attitude toward photography, and, above all, the subjects (people, objects, and landscapes) are all great that you can capture a picture no matter where you take the shot. Chino! Chino! (Spanish for Chinese, but probably used as a generic term for Asian people) Kids looked bold enough to call me “Chino!” and smiled at me with their hands waving. Is this coolness a result of the way of life of the people living in Cuba, or is it a result of the unique history, culture, and economy, or is there something wrong with my eyes as I work long hours every day as a minion to capitalism?

I would like to talk about my reasons for visiting Cuba. It was the 50th anniversary of the execution of Che Guevara in Bolivia, the man who was famously told "the coolest man in the world" by John Lennon of the Beatles, and the first anniversary of the death of Fidel Castro, Guevara's longtime ally who helped build the country of Cuba. It is no exaggeration to say that these two men had built Cuba today. So, I really wanted to see the country after these iconic figures left this world. Moreover, reports began to appear on the ongoing normalization of diplomatic relations between Cuba and the United States. There were signs of dramatic change in the country of Cuba. How does Cuba, a country that I had only vaguely longed for and only knew about through images, photographs, and stories I had heard from others, appear to me now, and what do I feel about it? I wanted to experience Cuba firsthand and preserve it in my photographs.

Cuba has few goods, money, and resources. However, it has more "heat" than any other country. The heat of the people, the heat of the city, the heat of the culture. It may be fascinating for foreigners like me to see the various heats intersecting, mixing, and dispersing. That's probably why this country attracts us so strongly. In recent years, smartphones have become widespread in Cuba, Wi-Fi signals are flying around, and drones are flying. Cuba is moving. It is in the midst of daily change and living in the moment. It is the ego of an outsider who wishes it would not change. There is no way to stop it, nor should there be. As an outsider, I would like to see how this country, Cuba, will progress in the future.

There is no guarantee, of course, that the "heat" I directly felt when I visited Cuba will remain unchanged forever. Nevertheless, the sensations and impressions I felt when visiting this country will probably remain the same. This country showed me that humans could live powerfully without material goods, money, or resources. I would love to visit Cuba someday again to bask in this "heat”.

Best dating sites for over 50