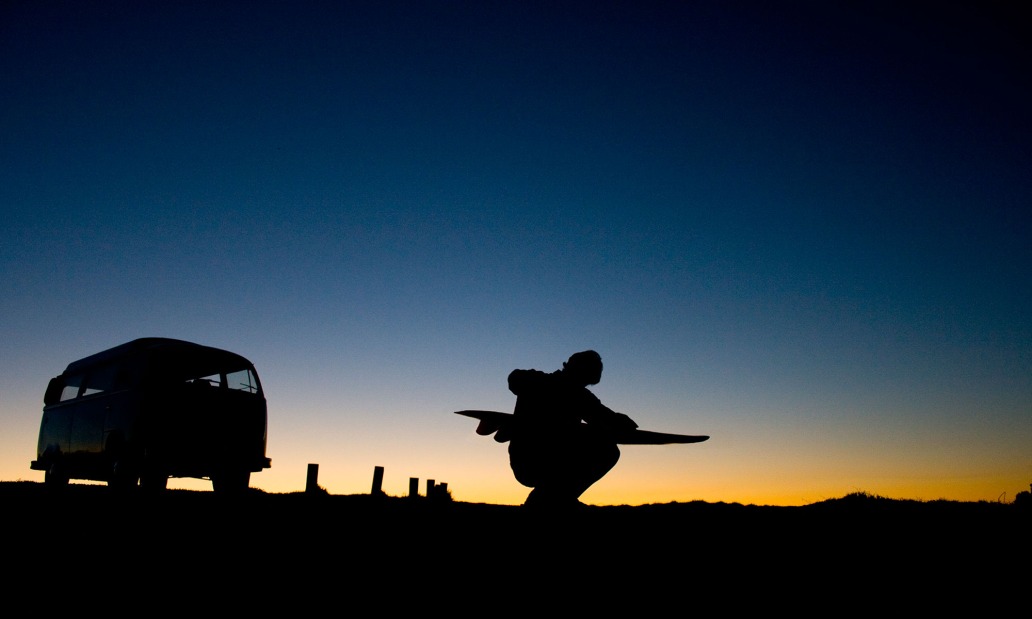 サーフィンの世界では、時代とともにさまざまなボードがトレンドになった。
中でも、1960 年代に登場した“ フィッシュ” は、その生い立ちや乗り心地など、
スケートボードに最も近い存在だ。
In the surfing world, different boards have become trendy over time.
Among them,“FISH” which appeared in 1960s is the surfboard
considered to be the closest to the skateboard regarding its history or quality. 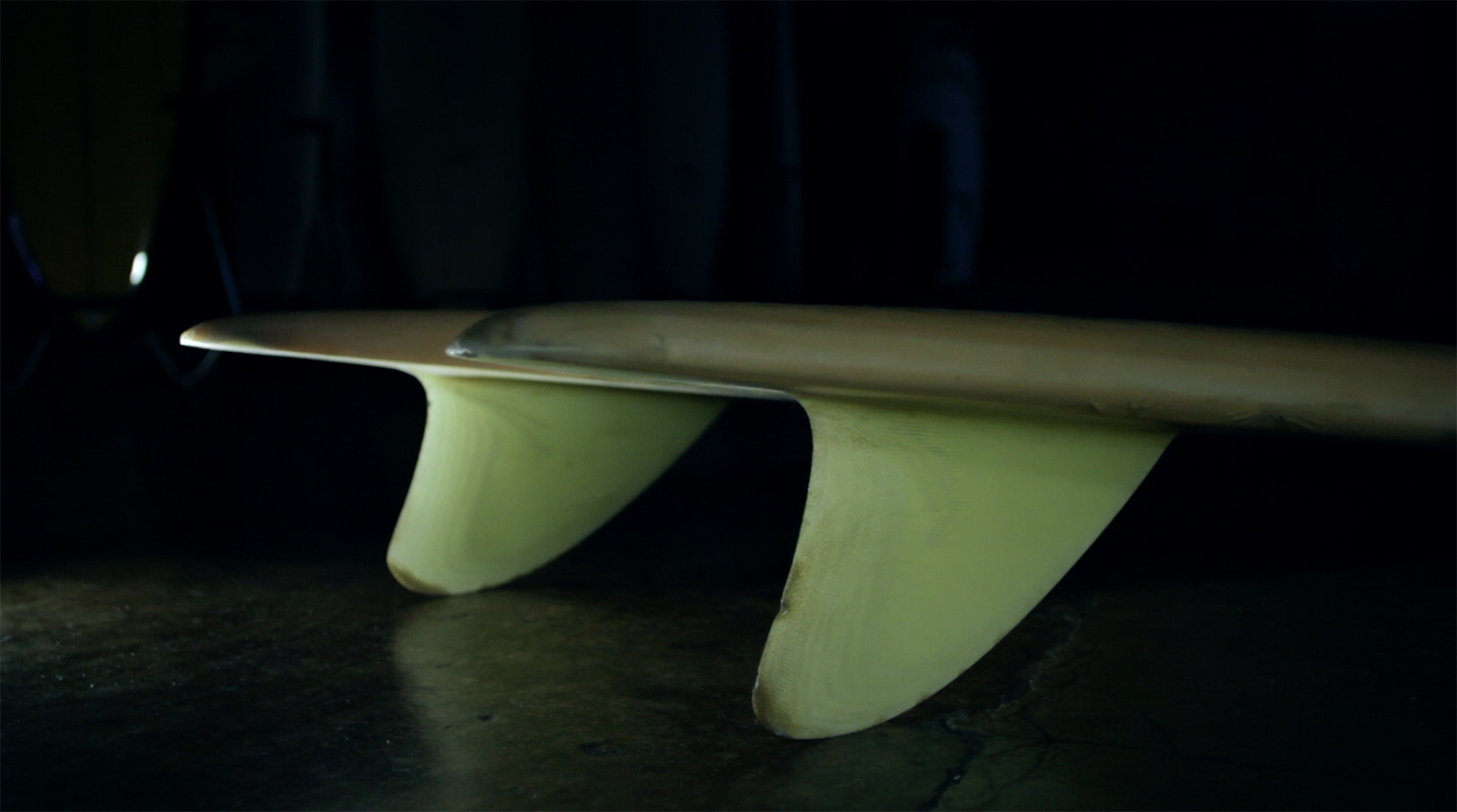 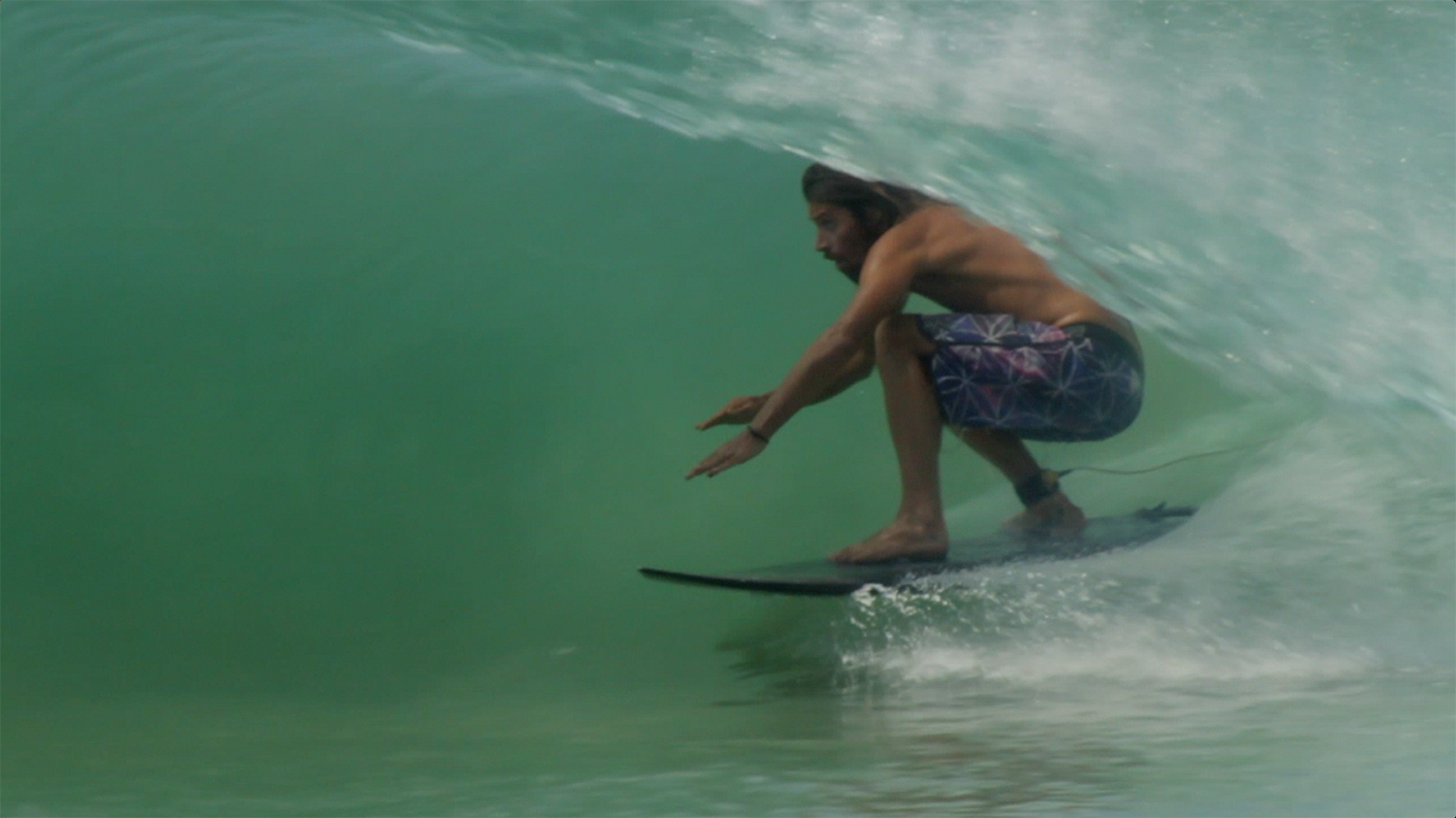 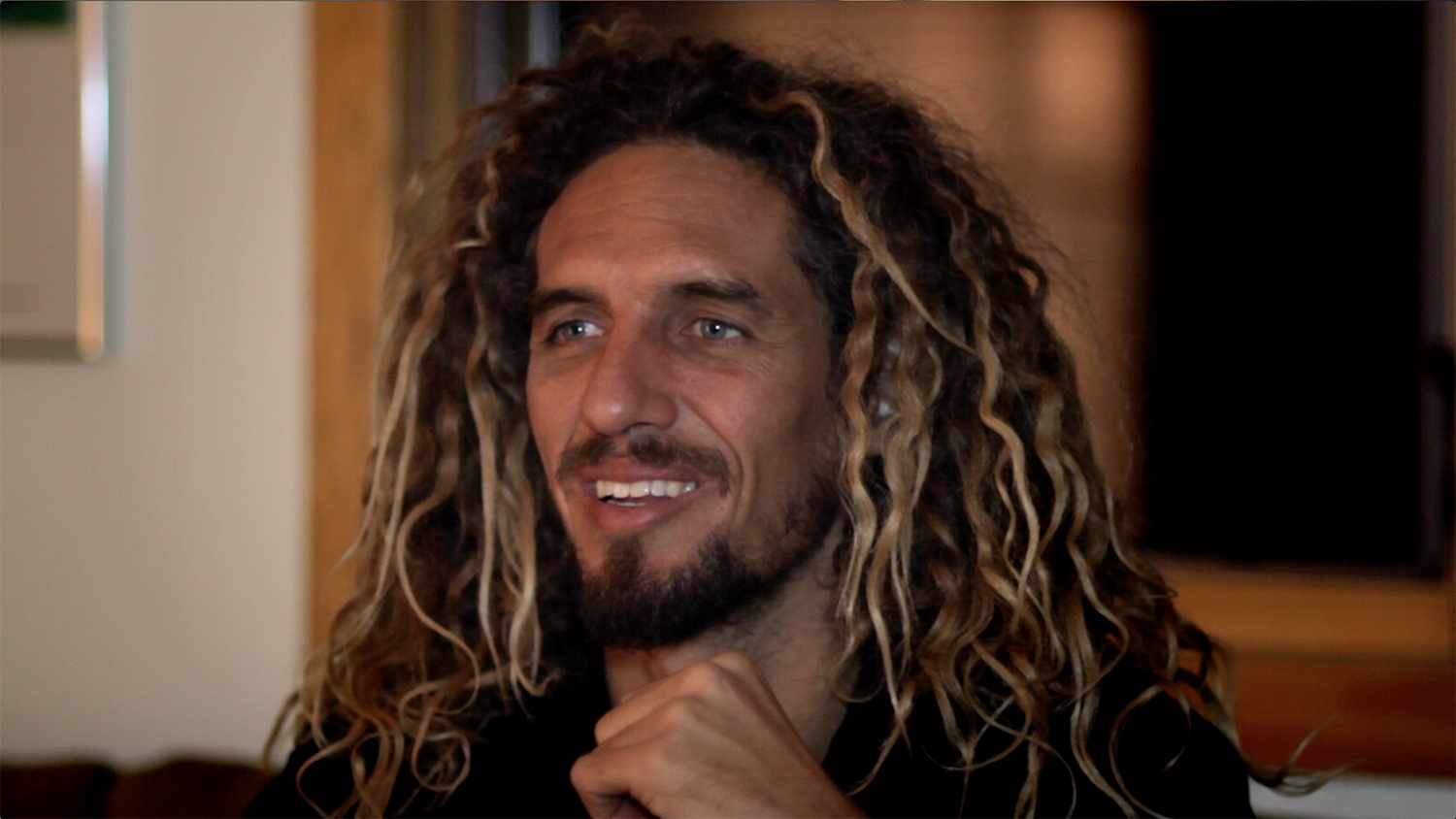 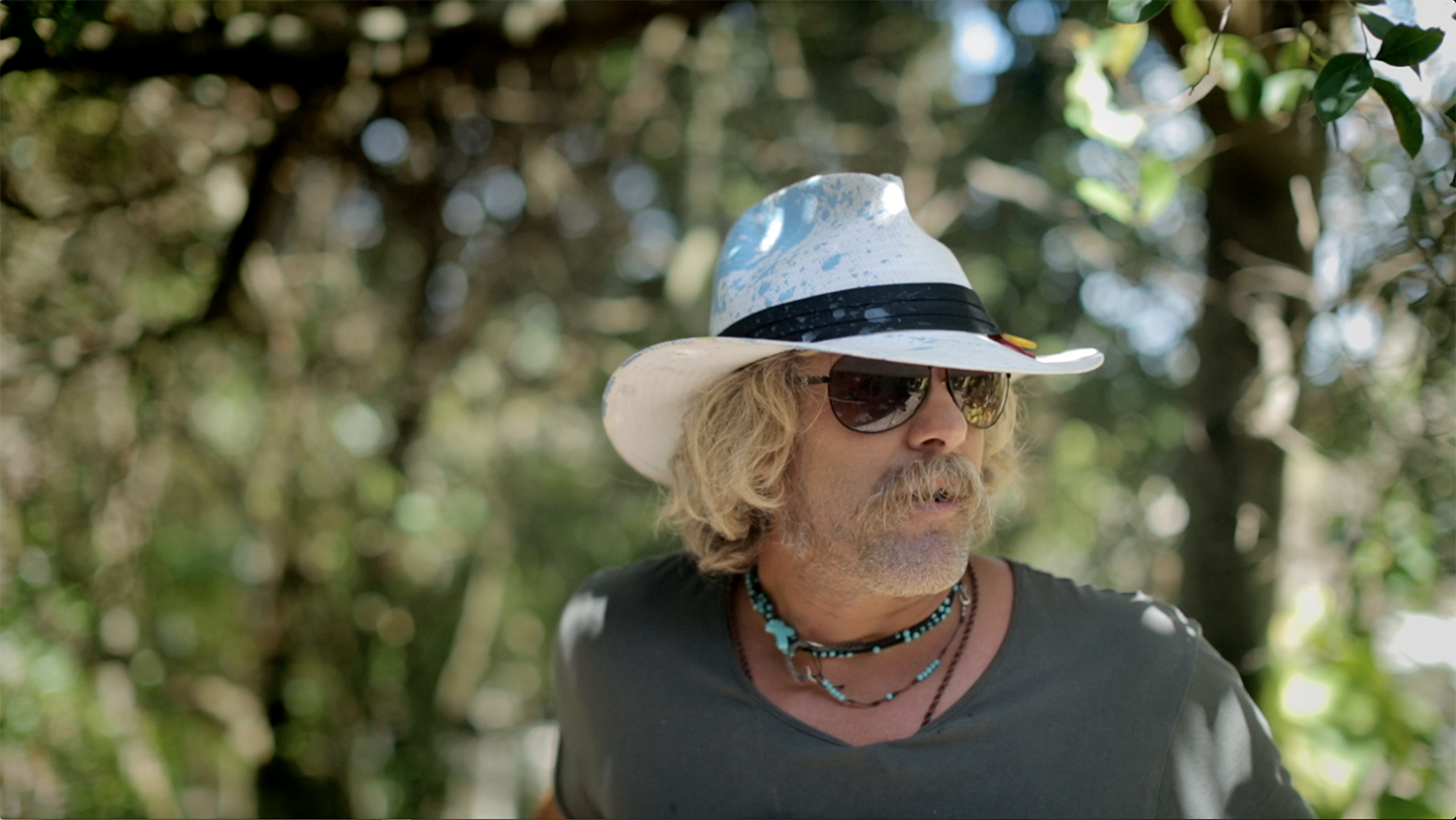 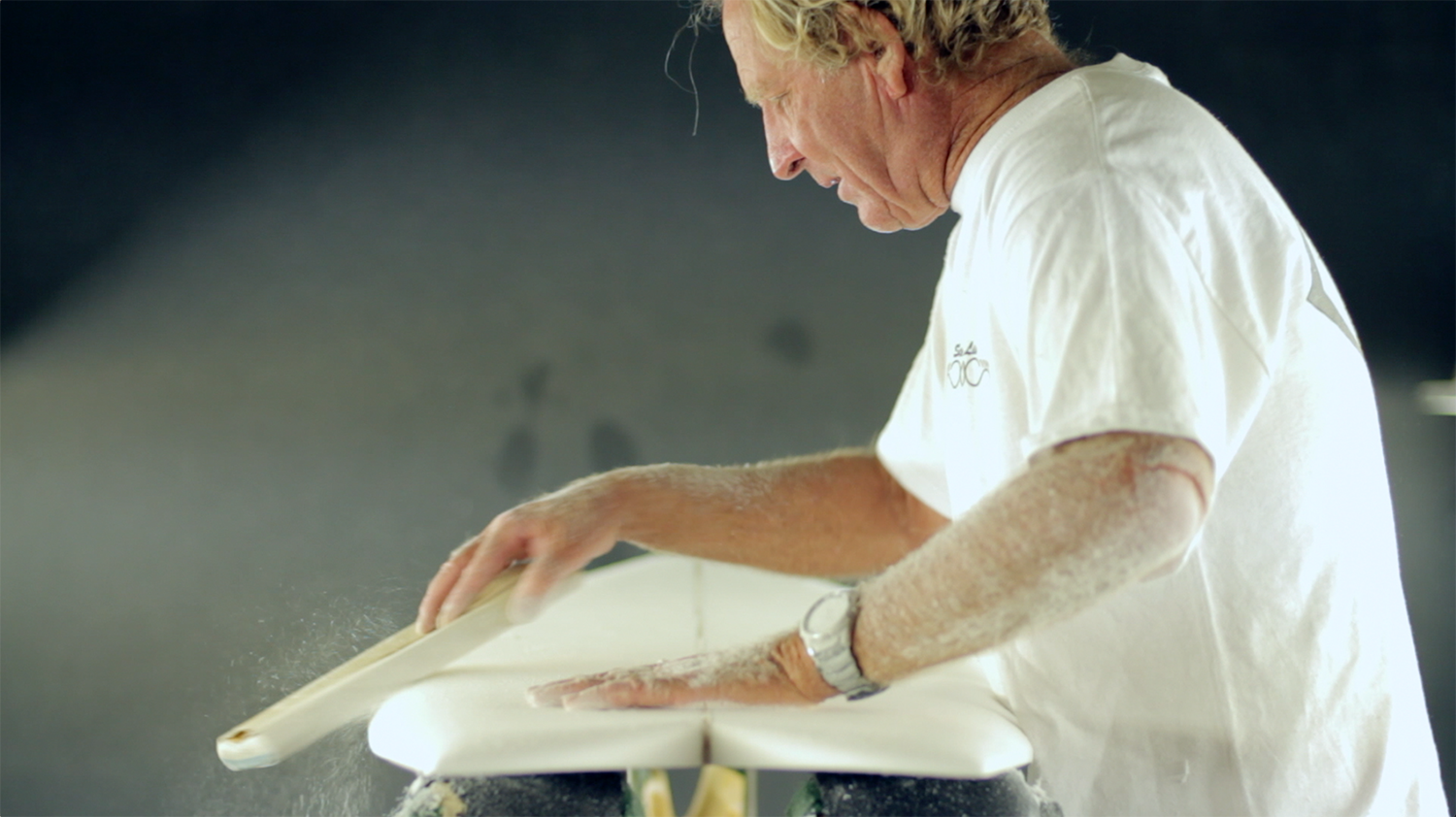 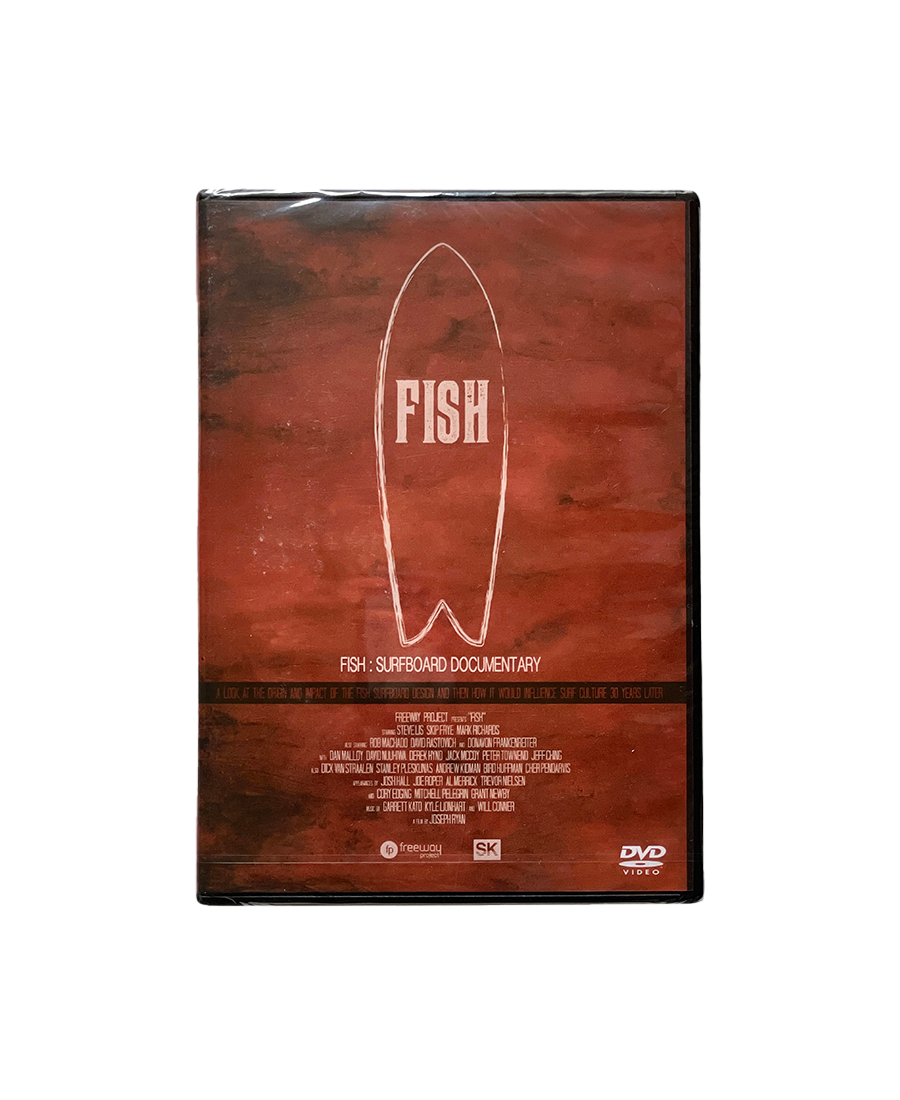 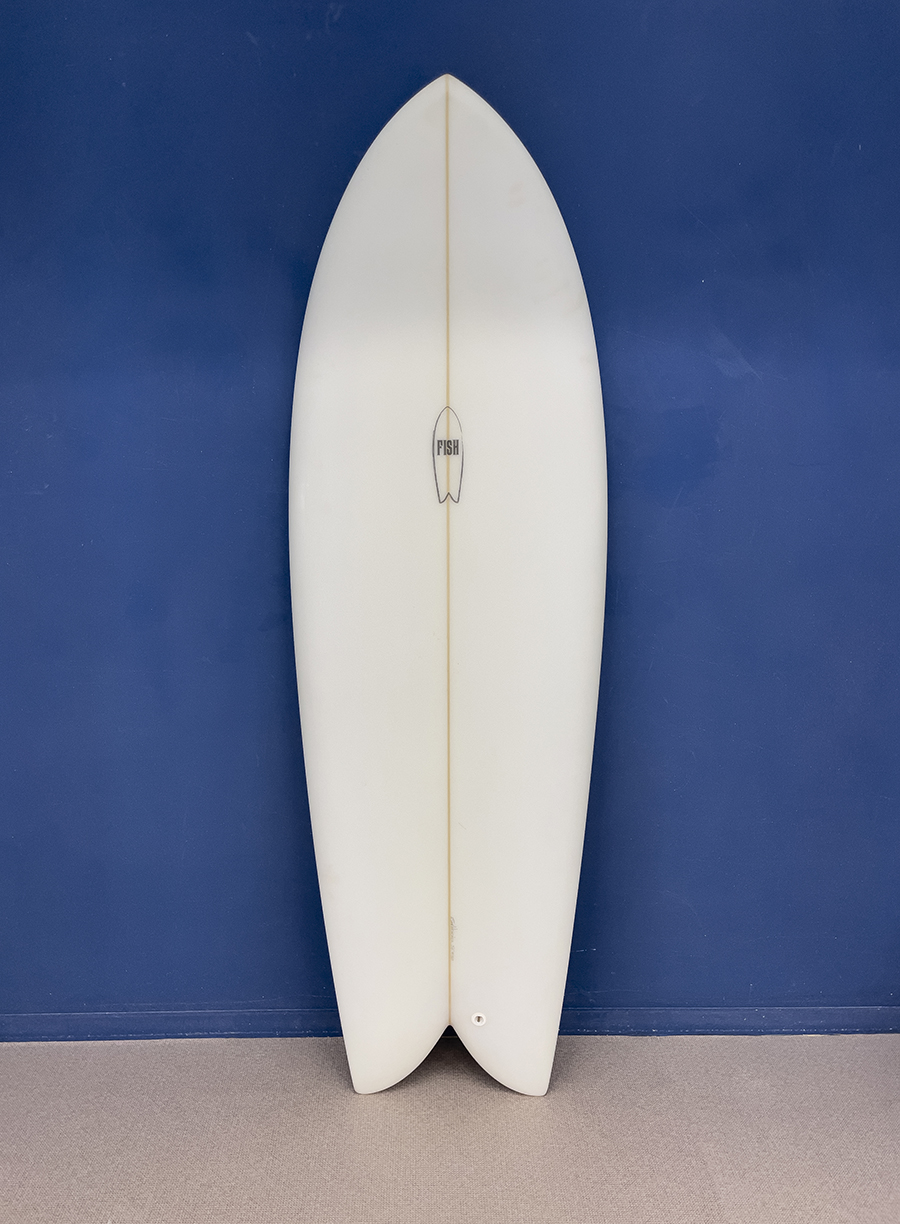 FISH  Skateboard on the Ocean

Have you ever heard of a surfboard called "Fish"? If you are a surfer, you have probably heard the name and maybe even ridden it. It is wide, and the end part, called the tail, is shaped like a fishtail, making it very different in appearance from a typical surfboard. Surfboards are handmade by artisans called shapers. Since they are basically custom-made, there are countless board designs out there.

Among them, the board that feels the closest to a skateboard may be the fish surfboard. It is fast and can make fine turns. It is not very good for vertical movement, but it allows you to do the maneuvers you want. “It's like gliding barefoot on the ocean. I can be free when I ride that board.” said veteran surfer Jeff Chin, a godfather of “Fish”. Perhaps fish surfboards have in common with skateboards due to their similar origins.

Fish surfboards were first built in 1965 in San Diego, South California. The 1960s were turbulent times. A little more than two decades after the end of World War II, the world had regained calm and stability. However, young people were beginning to internalize doubts and dissatisfaction with the existing system. Especially in the United States, the Vietnam War sparked a fire among young people. Movements against the existing mainstream emerged in various fields of music, society, and art. It was the counterculture represented by the so-called hippies and flower children. Woodstock and the anti-war movement in 1969 would be iconic events. “More freedom!” It was the voice of the youth. The surfing world was also in the midst of this counter-culture trend. Until the 1960s, surfboards over 3 meters long, called longboards, were the mainstream, but since '65, they have become shorter and shorter every year. The desire of the new generation of surfers to "move more freely in the ocean" led to the "shortboard revolution" movement. Fish surfboards could be said to be the children of this shortboard revolution. They were created by the desire such as more freedom and faster by radical and core surfers.

Skateboards also transformed massively at the same time. In 1959 the first complete skateboard, the "Roller Derby," was put on the market. It became popular throughout the United States and led to a skateboarding boom. But at the end of the 1960s, a revolution took place in Santa Monica. Jeff Ho, a charismatic surfer and shaper, created a lightweight skateboard made of molded plastic. It was an innovative board that allowed boarders to skate more freely. This evolution gave birth to the "Z Boys," including Tony Alba and Jay Adams. Skaters of yesteryear would know this well.

The creator of fish surfboards is Steve Liz, a San Diego-based kneeboarder. Kneeboarding differs from general surfing in that the rider sits upright on the board. Since they can hold the board in their hands and have a low center of gravity and stability, it is possible to take off from a more wave-critical position. The fish is a board with increased buoyancy of kneeboards that can be ridden standing up. The key to its success is the fin. If you turn the fish over, you will see two shark dorsal fin-like parts attached to the tail. Also called skegs, they are indispensable for surfboard turns and stability. In particular, fish fins are called keel fins and have size and volume. At that time, they were made by carving out pieces of wood. Surprisingly, the material used to make them was skateboards. The deck was reasonable in size and thickness for the fins. So, they recycled skateboards they no longer ride. In addition to their origins, fish surfboards and skateboards were connected by a mysterious bond.

Fish surfboards dominated the surf scene for a time but then fell into disuse. It is because surfboards like racing cars, whose important focus is on contests, have become mainstream. However, in the past few years, fish surfboards have come back into fashion. Free surfers who want to ride the waves more freely have revived them.

FISH
The film "FISH" is a must-see. The film is a documentary about the history and the real joys of FISH, with interviews by famous surfers such as Mark Richards and Rob Machado.

Unique The united states Hardly any Down payment Gambling establishments 2022