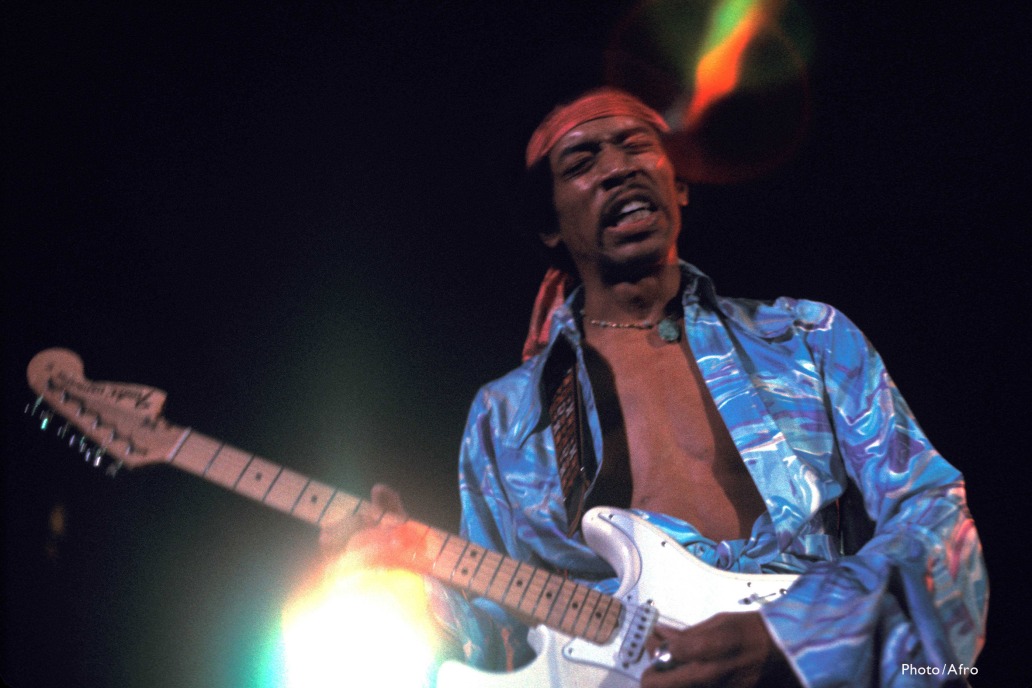 音楽界の革命児、ジミ・ヘンドリックス。
彼の家族に日本人が存在していたことをご存じだろうか?
類縁の一人が、1960年代を駆け抜けて 急逝した天才について語る。
Jimi Hendrix is a revolutionary in the music world.
Do you know that there was a Japanese member of his family?
One of his relatives talks about the genius who died suddenly in the 1960s.

My father was a second-generation Japanese American who was naturalized in Japan before World War II. When I graduated from high school, my father told me that I should know my roots, so I went to study in Seattle, his hometown. I stayed with my uncle's family, and my aunt in law, Hana was an artist and quite unusual.

When I arrived their home, she told me drinking coffee, "You may not have heard about it, but I have a relative who is a very famous musician. "Right after I asked her "Who?", the name that came out of her mouth was, to my surprise, Jimi Hendrix! I was so amazed that I even felt dizzy.At that time, I was so into him, and I had a poster of him on the wall in my bedroom.I told her, "Let me go into my room first, auntie.” I tried to calm myself down and carry my suitcase upstairs, but I was so startled that I fell down the stairs. So I chipped my front tooth.

Japanese Americans thought it was a disgrace to be related to blacks in those days. I guess that's why my father and his relatives stayed silent.She told me that I could go and see him anytime I wanted, but those were the days of Sunshine America!  I was too preoccupied with traveling from place to place to spend my time meeting him.

After I came back to Japan, I was very busy with work, and to be honest, I didn't even recall Jimi. In the late ‘80's, I went back to Seattle to visit Jimi's father, Al Hendricks, and he showed me around his room and said, "I'm just trying to be prepared for when Jimi comes back.”Of course, Jimi has already passed away. I found his room had condolence letters from his fans in the world, certificates, plaques that Jimi had won, and albums. They were on the wall. When I was nervous to see them, he said, "Don't be shy. We're relatives." I appreciated him being nice to me.Having tea together, Uncle Al said, "Do you know why Jimi always wore a feather on his head?"

Jimi's grandmother, Uncle Al's mother, was 100% Cherokee Indian.The Cherokee Indians have a rule that when a child becomes somewhat self-aware, they leave him or her alone in the forest and leave him or her alone to meet his or her own spirit.Uncle Al was a rabbit, I think. He left a young Jimi in the forest who was crying as well.When he picked up Jimi the next day, he told his father that he encountered a white eagle. So he said to his son,” Your guardian angel must be the white eagle.” Since that day, Jimi had become very conscious of the eagle and probably thought of it as his mentor!

Even after Jimi became famous, he always had a feather on him somewhere. In later years, one of my relatives, Andy Ayako, got married to Uncle Al. Jimi said he was happy that Ayako became his mother.
I'm sure it was because she had the same Mongolian blood as Native Americans. He was so interested in Japan that he wanted to perform in Japan.

Back to the story, when Jimi was young, Uncle Al couldn't afford to buy him a Christmas present. He happened to find the white Fender guitar, which his white landlord's son had gotten bored of, and thrown it away. He begged the landlord to sell it to him for five dollars.That's how Jimi met his first guitar. Al told me that although Jimi was left-handed, he played the strings upside down with great pleasure.After Jimi became very famous, people said that he got arrested for drugs, and he spent his days continuously drinking. Uncle Al said definitely that wasn't the case.He didn’t drink that much, and he was not the kind of guy who would be smashed by drugs. Uncle Al believed that there was a conspiracy to portray Jimi as a psychedelic and crazy man.Well, he was always interested in women though.
Every year, I go to Seattle to visit Jimi's grave. I always talk to him "Hi, Jimi. I'm glad to have known you."

Eri Kato
Born in Tokyo, and lives in Akiya, Shonan. She is involved in the branding and product development of long-established stores as a creative producer,. Her father's sister-in-law, Ayako Andy, is Jimi Hendrix's stepmother.